Kathy Newman is leading a field trip to Calico Ghost Town on February 16, 2019 for their annual Civil War Reenactment. Calico will come alive with Civil War battles, the sounds of bugles and the thunder of cannon and musket fire. They invite people to come and witness historic presentations, troop inspections, artillery demonstrations, military battles, and much more.

Once we know who is planning on going, we can arrange carpooling for those who are interested. It takes almost 2 hours to drive there, but well worth it for the great photo opportunities.

The Indian Museum is a unique and eclectic folk art structure located on the far east side of Lancaster. The museum houses objects created by the American Indian cultures of the western Great Basin, California and the Southwest. There are trails around the museum with interesting rocky desert landscape and vistas as well. 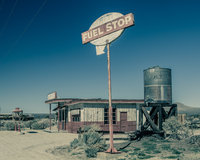 Just up the road on 150th St. East is Club Ed, a popular movie and TV set, which is only photographable from the road, but is interesting to stop and see nonetheless. Check it out on your way to or from the Museum. 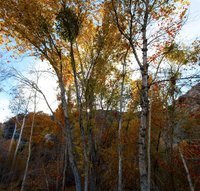 The fall colors should be looking great in Bishop and the surrounding areas this time of year. I am planning a 3 day trip for photographers, family and friends. There is plenty to do in Bishop even if you are not a photographer. Bishop has many hotels and restaurants and a Casino, Laws Railroad Museum and is a great base camp for the start of the trip.

On Saturday, June 16, LPA will have a field trip to the Will Rogers State Park Polo Grounds. The polo field is located at:

The polo match is between 2 and 5 pm. Bring a picnic lunch and gather around 12pm to find a good spot from which to photograph the match. Admission is free although there might be a $5.00 parking fee collected by the park. Consult http://www.willrogerspolo.org/state-park for complete information including directions, parking information and how to watch a polo match. There is ample access and action for all. Allow about 2 hours to get there. Bring your longest lenses and your whole family to enjoy the day watching and photographing the “ultimate sport”. 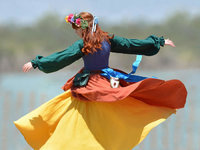 On Sunday, May 6, 2018, LPA members are invited to join the Thousand Oaks Camera Club for a field trip to the Renaissance Faire. Please sign up below. Time and Place to meet will be e-mailed to participants.

The Thousand Oaks Camera cub has invited LPA to join them on a field trip to the Los Angeles Arboretum on this coming Sunday, April 29, 2018. Please sign up below if you are interested. The time and place to meet will be e-mailed to you.

Kathy Newman will lead a field trip to the 24th annual Cinco De Mayo Charro Parade and Festival which will be held on Saturday, the fifth of May 2018 at Stephen Sorensen Park, 16801 E Ave P, Lake Los Angeles, CA 93535. The parade will begin at 10am on East Ave O and 170th St E and will run down 170th St until Lake Los Angeles Ave where the festivities will continue at Stephen Sorenson Park beginning at 12:30pm. Entry is free. There may be a $5.00 fee for the Music & Food Vendor Area. There will be dance groups, choral groups and vaqueros in colorful costumes.

Kathy will e-mail participants with details of a place and time to meet.

On 19 Aug, LPA lead a field trip to Redrock Canyon SP to test our astrophotography skills Most of the group met up at the Denny’s in Mojave then caravanned together up to the park campground. Several other members met the group at the campground. In addition to LPA members, we had a large number of non-members who heard of the event and came along as guests to join us for the night. In total, we had about 18 people. The experience range of the group spanned the range from folks that had never tried to shoot the Milky Way, to very experienced.

We performed a short briefing regarding some of the basics of shooting the Milky way and star trails, to help those that had less experience. After the brief, everyone split up and chose shooting locations, then at dark, those that were still relatively close by gathered for a group photo under the Milky Way. As the shooting started, everyone offered advice, comments, and advice to each other. After some initial photos, people started experimenting with light painting. The group worked together, with everyone synchronizing their shots such that one person painted while everyone else took their picture.

By 11 PM, most people headed home. Four diehards stayed around and set up to shoot some star trails. We took about 75 minutes of exposures before everyone packed up and finally headed home.

From looking at everyone’s LCD displays, it looks like there are going to be many nice pictures coming out of this trip.

Check out more images in the Gallery.

Get your S4C UEN here